Otoplasty is also known as pinnaplasty or ear pinning is a cosmetic surgery procedure which is designed to improve the appearance of large or excessively protruding ears. With otoplasty ear reshaping, the underlying cartilage and skin are surgical reshaped using minimally invasive techniques, which is used to modify the size and shape of the ears. Prominent ears can be a source of significant psychological morbidity with teasing or bullying in school or issues in the workplace. Centre for Surgery perform otoplasty on adults over 18 years of age.

All our plastic surgeons are on the GMC specialist register. 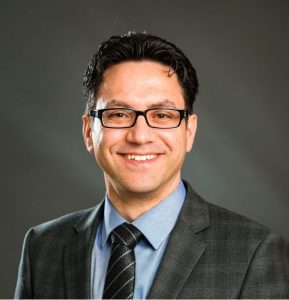 How to choose your plastic surgeon

Why choose Centre for Surgery for your otoplasty procedure?

The benefits of outpatient cosmetic surgery

Our clinic at 106 Crawford Street was recently inspected and rated as good across all 5 domains. 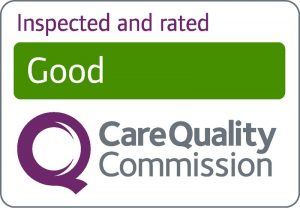 Otoplasty, otherwise referred to as Pinnaplasty or ear pinning, is an effective way to surgically alter the appearance of your ears. Otoplasty will be able to alter protruding ears or those that have unfolded configuration. Otoplasty is considered to have one of the highest patient satisfaction rates of any cosmetic surgical procedure. 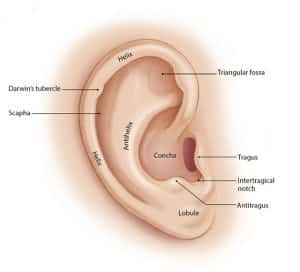 Otoplasty can be performed on either one or both ears, depending on your wants and needs. If you have large earlobes, these can also be reduced at the same time.

What is ear pinning?

At Centre for Surgery your otoplasty procedure will be performed in one of our own dedicated cosmetic surgery facilities. The procedure takes about two hours to perform and is typically done under local anaesthesia although it can be performed under a general anaesthetic if you prefer to be asleep.

The most popular technique for cartilage preservation is the Mustarde method. This technique relies on suture placement alone which restores a normal looking anti-helical fold and has the advantage of being simple to perform. The mustarde method uses sutures placed in a horizontal mattress configuration along the full thickness of the cartilage at the back of the ear and also through the skin at the front of ear. This method only corrects the conchal bowl and other techniques will be required alongside this. The Mustarde method is used for abnormalities of the upper third of the ear. 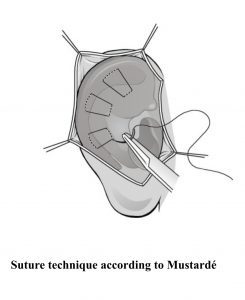 The Furnas method is for addressing an excessively deep conchal bowl and a well defined anti-helical fold. The Furnas methid facilitates permanent retraction of the ear due to the surgical fixation to the mastoid fascial layer. The Furnas method can be combined with the Mustarde method which is great if the antihelical fold lacks prominence due to its underdevelopment

With the Farrior method, there is a partial thickness excision along the rim of the conchal cartilage. The method produces a less pronounced correction to the antihelix.

The converse is a more aggressive method which is more suited to adults with more robust cartilage with a correspondingly more pronounced pinning back of the ear and simultaneous correction of the antihelix fold. This is an excisional technique with the removal of a strip of cartilage which sits more at the front compared with the rest of the ear cartilage.

What do our patients have to say about us? 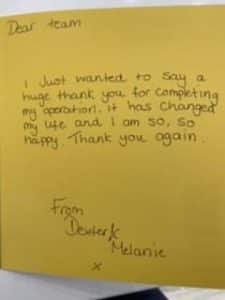 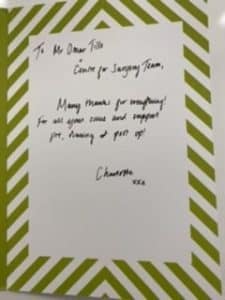 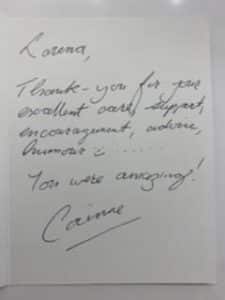 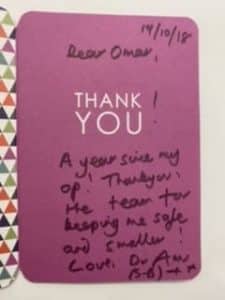 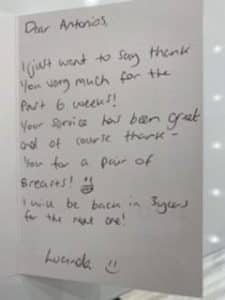 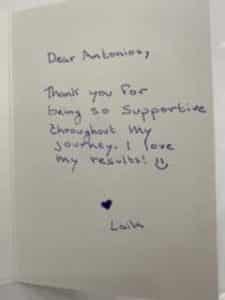 All patients should be in good health and have realistic expectations about what can be achieved with otoplasty surgery.

The otoplasty procedure is performed purely for cosmetic purposes, to help improve one’s body image and self-esteem.  If you are concerned about the appearance of your ears to the point that you wear your hair to cover them, then you may be a good candidate for this procedure.

An otoplasty is performed as a day case procedure which means you be able to go home the same day once you have recovered from your procedure. The procedure takes about 2-3 hours to perform on average.

Depending on the technique chosen, an otoplasty generally involves an incision being made behind the ears. This will be made in the natural folds, so noticeable scarring will be minimised. The skin will then be lifted, exposing the cartilage beneath. This cartilage is shaped and pulled back towards the head. Sutures are used to keep this in position. 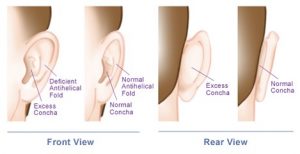 After the procedure, you may notice a fine line behind the ears. However, this will be in the natural folds, so will not be very noticeable. This will fade over time.

Following the procedure, you will have sutures placed behind your ears. These are delicate, and you will need to wear a band to ensure your ears stay in place. This band will need to be worn during the day as well as while you sleep.

To help the ears maintain their newly adjusted shape, your ears and head will be wrapped in a pressure garment. You will need to wear this garment at all times for about five to seven days. It is important that you do not alter the garment, nor get it wet. Wearing a wet or altered garment could result in infection, as well as other complications. It is best to avoid touching the garment.

You will be able to take medication which will help to alleviate any pain and discomfort you may experience. You will notice some swelling and bruising, but this is considered a normal side effect of otoplasty. To help reduce the side effects, you can:

Risks and complications of otoplasty

Otoplasty is generally a very safe cosmetic surgery procedure and risks and complications are relatively rare. At Centre for Surgery, risks are minimised by meticulous patient selection and thorough preoperative preparation. Our surgeons are trained in all the best techniques for otoplasty and emphasise the importance of following postoperative instructions by the patient.

Our otoplasty experts regularly attend national and international conferences to keep up to date with the latest advances in otoplasty surgery. At your consultation, your surgeon will discuss the risks and potential complications in detail to enable you to make a fully informed decision about otoplasty surgery.

Otoplasty before and after 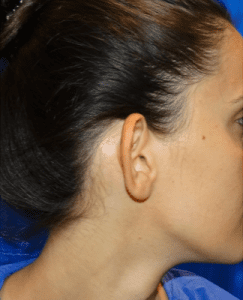 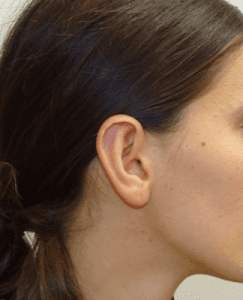 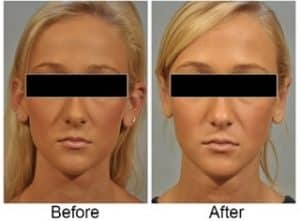 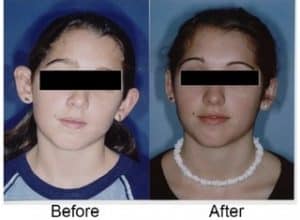 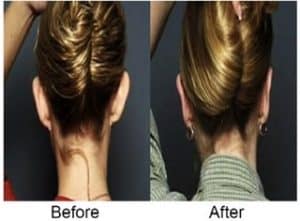 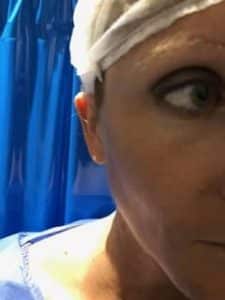 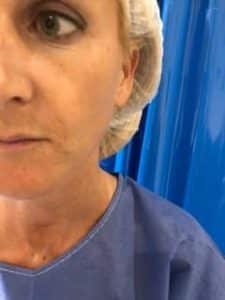 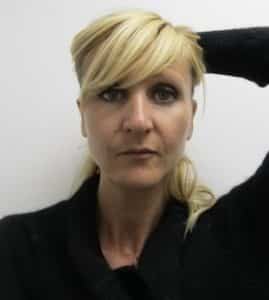 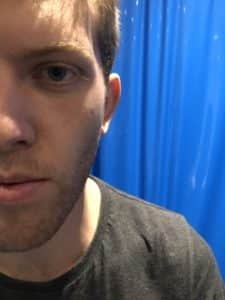 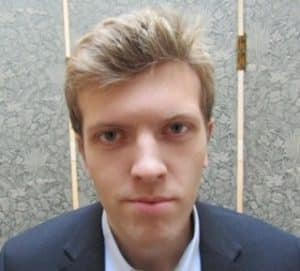 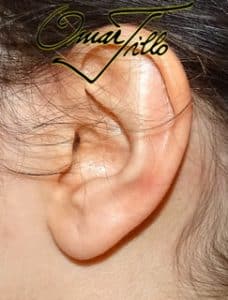 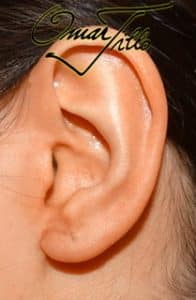 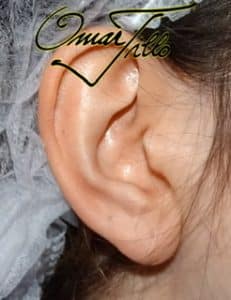 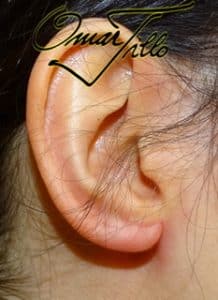 There are a number of a factors which will impact on the final cost of your otoplasty procedure:

Why not call 0207 993 4849 and speak to one of our expert patient coordinators who may be able to give you a rough costing prior to your procedure.

Always remember that price should never be the determining factor when it comes to choosing your provider. We feel that safety and quality of service should be your number one priority and instilling in you the confidence that our team will look after you before, during and after your procedure to the best of their ability.

Our friendly and knowledgeable patient coordinators will speak with you to learn about your requirements, it’s all confidential and your information will be used to assess whether otoplasty is right for you. If the procedure is right for you, we’ll organise a convenient date and time for you to visit to come and visit our patient relationship manager at our bespoke central London clinic at 106 Crawford Street.

At the surgical consultation, you will meet directly with the plastic surgeon. The surgeon will thoroughly assess you to determine your suitability and advise of the best options for you. Your surgeon will then explain how the procedure will work including our innovative ClearSleep™ anaesthesia technique for those who chose to be asleep for their procedure. You will receive your personalised quote the next working day from your patient coordinator.

Centre for Surgery
4.9
Based on 86 reviews

Centre for Surgery
4.8
Based on 79 reviews
See all reviewsWrite a review

Centre for Surgery
5.0
Based on 6 reviews
See all reviewsWrite a review

Teresa Gonzales
10:17 18 Sep 20
My experience at Centre for Surgery was a very positive one. The surgeon and his team were absolutely top notch.

Rita Cadoni
10:16 18 Sep 20
Over the moon after my BBL surgery. Surgeon Dr Mitsakos was brilliant. He really took time to listen to my concerns before surgery and recommended 360 lipo and fat transfer using SAFElipo. So happy with after result. 5 stars!

Barbara Dailey
10:12 18 Sep 20
Without doubt the best clinic I have visited for laser treatment. Ida clearly knew her stuff - I’m about half through my course of Fotona 4D but the results coming through already.

Bracesbybella Annabelle Ariza
22:37 23 Aug 20
I had a wonderful experience . I cannot thank you all enough. The location is convenient, the actual place is lovely , non clinical looking. I had liposuction carried out and I was amazed at how caring and wonderful the entire team were towards me. I would definitely recommend to friends and family. Big shout out to Dr Tillo , nursing team and wonderful reception team. Please don't be disheartened by bad reviews , often people ask for prices to try and avoid a proper consultation. If you are seriously considering surgery, you should always have time for a proper consultation with a surgeon who can then provide you with an accurate estimate/quote for propsed (suitable)treatment.
Trustpilot 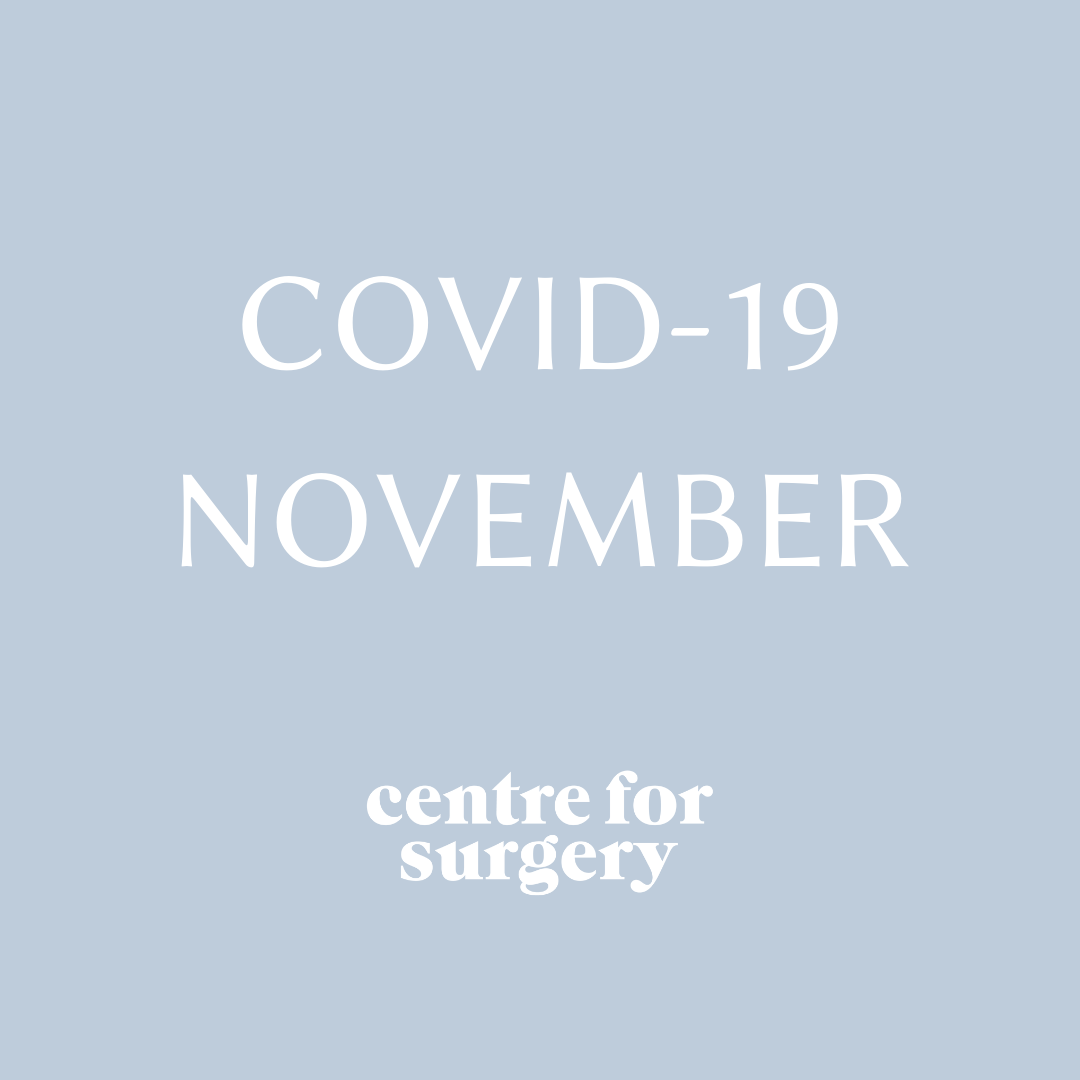 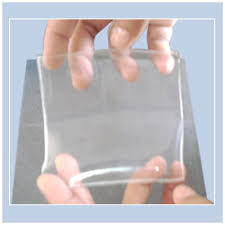 Timing of your scar treatment varies depending on the type of injury or surgery. Some scars take up to a year to mature. Therefore, some scar revisions (a surgery that minimizes a scar so it blends in) may not be offered until a year after injury/surgery. Scars have completed the healing process when they are […]

Home / Face / Otoplasty
Call us
Email us
Find us
×