Book a consultation
Talk to a specialist
Home / Buttock Lift

Buttock lift surgery is designed to address skin laxity and excess fat deposits in the buttock area. The end result is a more lifted and contoured buttock and with a firmer consistency. In buttock lift surgery, the surgeon removes excess skin and fat to reshape the buttocks. The buttocks are then reconstructed and this results in a more contoured and aesthetically pleasing look. Buttock lift surgery is commonly performed after patients who have undergone significant weight loss whether from bariatric surgery or weight loss through diet and exercise and may be combined as part of a more comprehensive body lift procedure.. Buttocks often develop a stretched and saggy look after weight loss and can be cosmetically disfiguring. Buttock lift surgery is often combined with an outer thigh lift for a comprehensive rejuvenation of the buttocks, thighs and lower back. An abdominoplasty is often combined as part of a body lift procedure for complete correction of the skin changes as part of massive weight loss. Liposuction of excess fat deposits helps to fine-tune the dramatic results achieved from the surgical removal of stretched out skin. At Centre for Surgery, our surgeons take great pride in dedicating themselves to achieving optimal results that will leave your body looking and feeling rejuvenated.

At Centre for Surgery our surgeons are trained in the full range of buttock lift techniques and the correct procedure is chosen based on the amount of skin laxity you may have. Different types of buttock lift have different shaped incisions and some incisions are more obvious than others.

A Brazilian Butt Lift differs from a surgical buttock lift in that the goal is to contour the waist and enlarge the size of the buttocks with gluteal fat transfer. Surgical buttock lift often results in a reduction in buttock volume as part of the process of surgical skin excision and fat removal. Surgeons at Centre for Surgery are trained to perform only the safest techniques for gluteal fat transfer surgery.

Flabby skin is caused by weight loss, multiple pregnancies and ageing factors. The sagginess of the skin can give you an awkward appearance. Through buttock lift surgery you can get rid of saggy skin. This body contouring surgical procedure is safe and suitable for shaping the buttock area. The right candidates for this surgery are those individuals enjoying good health, but having flabby skin in the buttock region which can occur after significant weight loss.

All patients should be in good health and have realistic expectations about what can be achieved with buttock lift surgery.

Buttock lift surgery is carried out under TIVA general anaesthesia and the procedure takes between 2-3 hours to perform. At Centre for Surgery, buttock reshaping is performed as a day case which means you will get to recover in the comfort of your own home. Day case surgery has been shown to result in better outcomes when compared with traditional inpatient surgery.

The procedure varies in invasiveness from a mini procedure aimed at correcting localised skin laxity to a full combined liposuction and excisional procedure to address significant skin laxity. The added liposuction helps to effectively contour the area through the targeted removal of excess fat deposits in the buttocks, hips and lower back. Supplementary liposuction also helps in the subsequent skin removal through freeing up the loose skin with a lower risk of blood loss. Surgeons can also perform an auto-augmentation of the buttocks to enhance volume by surgically repositioning the removed fat.

Traditional full buttock lift – this is the most comprehensive surgical techniques for full rejuvenation of the buttocks, hips and lower back. The surgeon makes the incision along the upper border of the buttocks. The underlying redundant tissue is surgically removed followed by surgical repositioning of the remaining buttock tissue to restore a more youthful buttock contour. Although the scar runs along the top of the buttocks, this technique is the most powerful method to address skin laxity from those patients who have undergone massive weight loss.

Modified buttock lift – the modified technique differs from the traditional technique by the curved nature of the skin incision which resembles a butterfly as the incision begins from the central part of the upper buttock and points upwards and laterally resembling the wings of a butterfly. The modified incision buttock lift is ideal for patients with primarily excess skin and the underlying skin-tissue flap is thin. For patients with thicker skin flaps, the procedure may be less effective.

Lateral buttock lift – this technique is also very suitable for those with a moderate degree of buttock sagging but where the location of the excess skin is on the outer part of the buttocks. The technique is ideal for patients who are slimmer and with only moderate fat excess and who prefer to have shorter scars compared with a traditional buttock lift.

Buttock lift surgery can be done in conjunction with other cosmetic procedures such as liposuction and tummy tuck for fat removal and weight reduction. These procedures will get rid of the additional skin and fat deposits at the same time and help you regain your energetic appearance.

The minor side effects and discomforts of this surgical procedure include infection, pain, inflammation, blood loss, redness and formation of blood clots.

You can return to daily activities in around four to six weeks.

The scar marks will fade out within six to twelve months.

Centre for Surgery
4.4
Based on 95 reviews
See all reviews

Centre for Surgery
5.0
Based on 10 reviews
See all reviews
Julie Dyson
11:05 23 Jun 22
Everyone at the Centre for Surgery has exceeded my expectations by miles! From the moment I made contact and enquired about the procedures offered, all the way through to my post-operative aftercare, I have been blown away by the levels of customer service and empathy shown to me on my journey.At 62 years of age, some might question whether I was a bit old for a “mummy makeover” wanting both a bi-lateral breast reduction and an abdominoplasty. However, I was treated so kindly and with such respect that these thoughts were soon left behind. Lidia the Patient Coordinator allocated to me was great – she sent me loads of information to read and arranged a consultation with Mr Ertan Erel, the surgeon.When I met Mr Erel, he immediately made me feel at ease. We discussed performing the procedures in a staged format, to allow my body to recover in between surgeries. He also encouraged me to lose a few kilos before my surgery saying it would be of benefit health-wise and give better results. He walked me through both of the procedures, what to expect and likely outcomes. We agreed that I would have the breast reduction first, followed by the tummy-tuck 4 to 6 months after that. I was offered a follow-up consultation, but didn’t need one, I was so happy with the first.Lidia then helped me choose a date for the first op based on my personal commitment to lose the weight. The encouragement helped tremendously and in January 2022, I had my first surgery. On the day, the whole team were amazing, from the receptionist who greeted me, the entire theatre team – Mr Erel, the anaesthetist and all the theatre nurses couldn’t have looked after me any better. What was truly wonderful for me – I was able to go home the same day once Mr Erel and the nurses were happy for me to leave, no stay in hospital where you can’t sleep etc. – absolute bliss.The support team telephoned me the next day to ensure all was well and organised an appointment to see a perioperative nurse to check my wounds and re-dress. How lucky am I – Sophie Ship is just the best! Knowing that support team was always available together with regular check-ups in Sophie's very capable hands I was very soon on the mend.AT 6 weeks post-op, I had a review with both Mr Erel and Sophie. We were all delighted with the results and my recovery, it was agreed that the second operation could take place in May/June.Lidia, then sent me loads more information about the procedure, answering all my questions swiftly and booked the date. To ensure I was fit for surgery, Mr Erel saw me again two weeks before my surgery. All was agreed and the abdominoplasty performed on 25th May. Once again, everything went like clockwork and every member of the team were outstanding.I’m now 4 weeks post-op 2 and already delighted with the results. Mr Erel is a genius! I feel so privileged to have had both my surgeries performed by him. The swelling is already going down and I can’t wait to see how I look in a couple of months.I have given Centre for Surgery and Mr Erel permission to show my photographs to anyone considering the procedure(s) and am more than happy to provide more details/chat to anyone about any concerns they have. Please just ask Centre for Surgery/Mr Erel to arrange.
Jose Sasam
14:44 28 May 22
Absolutely fantastic! Highly recommended!
Rita W. Eversole
10:18 28 May 22
Highly recommend this clinic for anyone wanting a friendly, welcoming, professional and non judgmental approach to all your surgical and non surgical needs. I wouldn’t consider going anywhere else.
Jemes Rodreges
05:59 28 May 22
Staff are very helpful and friendly, nothing has ever been to much trouble. Definitely put me at ease before I had my surgery and gave great aftercare after my surgery
Colly Hazel
20:08 02 May 22
I made an enquiry with the Centre for Surgery after reading everyone's reviews on Google - and I am elated that I chose CfS.The website was easy to navigate and provided me with sufficient information and understanding of the consultation I wanted to have. Booking the appointment and paying the small consultation deposit was incredibly simple. The availability of appointments on offer was really good too.I received quick confirmation of my booking, and also an email reminder of my appointment one day prior which was really nice.The clinic, both interior and exterior, was well kept and clean.The consultant was Dr Alok Misra. I was really nervous but his bubbly and kind character quickly put me at ease. First he clarified the purpose of my visit (which shows that Dr Misra and the team are observant) and discussed my concerns. Dr Misra was honest and open. He carefully listened to everything I had to say, repeated what we discussed to ensure there was no misunderstanding (I really appreciated this), and then gave advice and guidance which neither me nor self Google-searches, would have ever considered.At the end of the consultation, his team brought me to a private office to discuss what was said and to ask how I'd like to proceed. I think this is an example of exemplar customer service.
Trustpilot 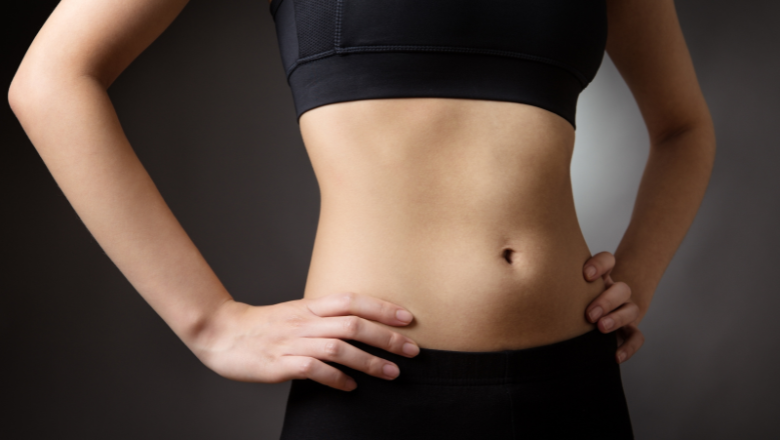 What scars can I expect from abdominoplasty surgery?

Abdominoplasty surgery involves making an incision across the lower abdomen, extending from hip to hip. A second incision is made around the belly button as part of repositioning it after removing excess skin. These incisions gradually improve over time to form a faint white line that becomes barely noticeable. Here we answer your most common […]

How long is abdominoplasty recovery?

What are the risks of scarring after liposuction?

Centre for Surgery is the leading cosmetic surgery clinic in London. Our plastic surgeons, aesthetic practitioners, varicose vein specialists and hair transplant surgeons are renowned in their field for creating natural results. We are one of the very few cosmetic surgery clinics in London to offer the full range of non-surgical and surgical treatments from both of our clinics located in Marylebone. Our medical experts are super-specialised and perform procedures and treatments within a narrow scope to optimise outcomes. Our aftercare programme has recently been described as 'outstanding' by the CQC.