Rhinophyma is a rare skin disorder that causes an appearance of a large and bumpy nose. Rhinophyma, also called ‘bulbous nose’, typically occurs during the later stages of rosacea. Rosacea is a chronic inflammatory skin condition that is quite common. The skin condition causes red bumps with pus to form mostly on the cheeks and nasal, which progressively becomes worse with hypertrophy of the sebaceous glands leading to Rhinophyma.

Previously the bulbous nose had been thought to be caused by the consumption of alcohol regularly, however, this is not correct. The bulbous nose occurs equally in those that consume alcohol and those that do not. The problem occurs more so in men rather than women. The bulbous nose is thought to be due to the skin condition Rosacea which is chronic and is able to swell and even when seemingly fading it flares up again. This condition is usually present in the face, nose, cheeks, forehead and chin. Rosacea can be caused by many different factors, it is best to keep track of what is consumed so whatever is the cause of the rosacea it can be prevented.

Since Rhinophyma only occurs in the later stages of Rosacea, which means you may already have noticed the earlier symptoms such as facial flushing for no reason or sensitivity of the skin.

During the later stages of Rosacea you will notice symptoms such as:

If remained untreated, chances are these symptoms will only get worse over time and also may occur in cycles.

Rhinophyma is known to occur mostly in men than in women from ages between 25 and 50.

According to experts, you are more likely to be at a higher risk of suffering from Rhinophyma if you have:

Anyone who is suffering from rhinophyma is a suitable candidate for rhinophyma reduction.

It is important to note Centre for Surgery offers this surgery to those who are over 18. It is important that you stop smoking prior to surgery and during the recovery period.

It is also recommended that you keep track of what causes the rhinophyma. This includes:

Disfigurement of the affected area due to enlarged blood vessels and tissue over-growth can be if no treatment is sought after. Topical treatments such as gels and antibiotics can be used to treat Rosacea at its early stages but do not work very well to treat rhinophyma.

At Centre for Surgery, the affected area is treated with a surgical technique that has proven to be most effective in the long-run in comparison to certain medications.

Rhinophyma surgery is a simple and straightforward procedure and is performed under local anaesthesia. Various methods can be used to correct the bulbous appearance caused by the condition for a smooth and aesthetically pleasing result. The more traditional method involves using a scalpel to help remove the excess tissues formed in the problem area. Laser resurfacing or dermabrasion can also be used to restore the texture of the nose pre-Rhinophyma. The results are visible immediately after Rhinophyma surgery, but it takes up to a week for the nose to heal completely and 6-12 months to see the final result.

The result after rhinophyma surgery is very natural-looking and offers long-term skin enhancement with no scarring.

You will be advised not to go out in the sun for the first few weeks following your surgery to maintain the results and to speed up the recovery period.

Centre for Surgery
4.9
Based on 85 reviews

Centre for Surgery
4.8
Based on 78 reviews
See all reviewsWrite a review

Centre for Surgery
5.0
Based on 6 reviews
See all reviewsWrite a review

Teresa Gonzales
10:17 18 Sep 20
My experience at Centre for Surgery was a very positive one. The surgeon and his team were absolutely top notch.

Rita Cadoni
10:16 18 Sep 20
Over the moon after my BBL surgery. Surgeon Dr Mitsakos was brilliant. He really took time to listen to my concerns before surgery and recommended 360 lipo and fat transfer using SAFElipo. So happy with after result. 5 stars!

Barbara Dailey
10:12 18 Sep 20
Without doubt the best clinic I have visited for laser treatment. Ida clearly knew her stuff - I’m about half through my course of Fotona 4D but the results coming through already.

Bracesbybella Annabelle Ariza
22:37 23 Aug 20
I had a wonderful experience . I cannot thank you all enough. The location is convenient, the actual place is lovely , non clinical looking. I had liposuction carried out and I was amazed at how caring and wonderful the entire team were towards me. I would definitely recommend to friends and family. Big shout out to Dr Tillo , nursing team and wonderful reception team. Please don't be disheartened by bad reviews , often people ask for prices to try and avoid a proper consultation. If you are seriously considering surgery, you should always have time for a proper consultation with a surgeon who can then provide you with an accurate estimate/quote for propsed (suitable)treatment.

Hade Starck
09:38 28 Jul 20
Dr Gilleard at Centre for Surgery is master of rhinoplasty surgery! Absolutely fab work with piezotome technique. Hardly any bruising at all.
Trustpilot 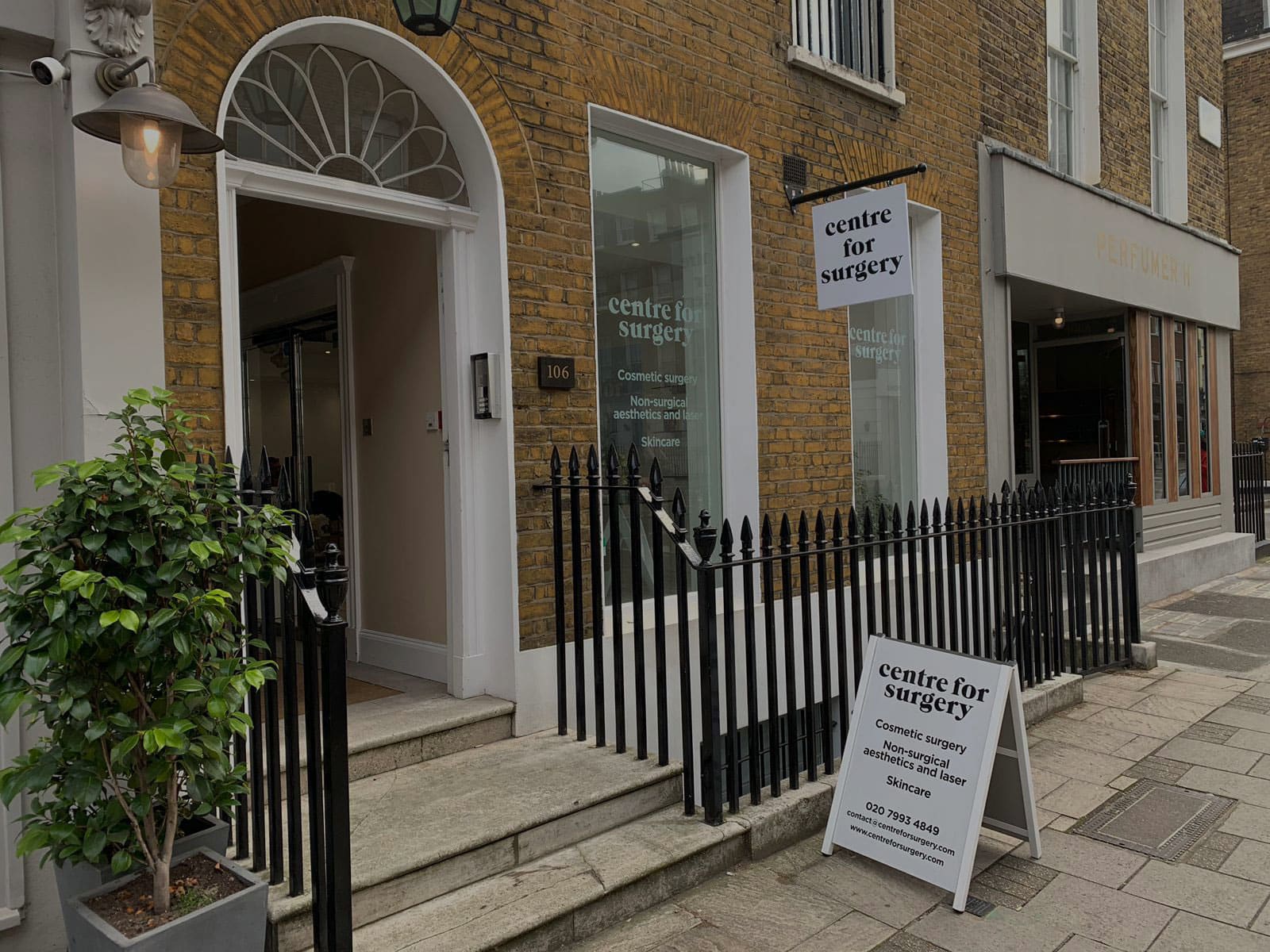 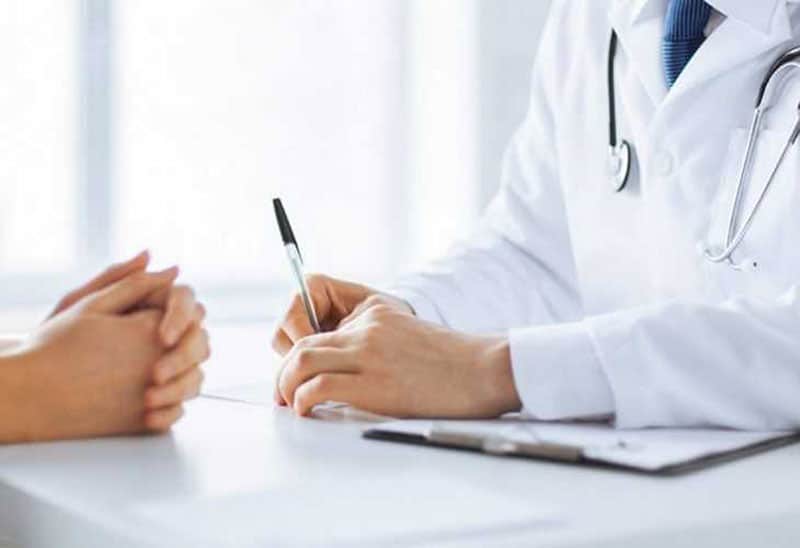 What to expect during your consultation at Centre for Surgery The purpose of the consultation with the surgeon is for you to help you gain a fuller understanding of your aims and objectives and also for the doctor to discuss with you the full range of treatment options with their pros and cons. Some treatments […] 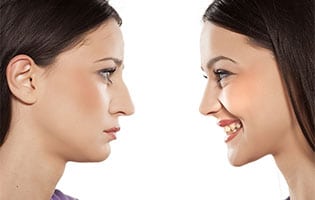 Rhinoplasty, or nose reshaping, is one of the most popular cosmetic procedures performed today. There are many reasons why patients seek out rhinoplasty.  These include:  Accidents or injury to the nose: People fall down stairs, bump into lampposts and have other accidents that can negatively impact the aesthetic of their nose. Rhinoplasty is the only way […]

Home / Dermatology / Rhinophyma Treatment
Call us
Email us
Find us
×