Book a consultation
Talk to a specialist
Home / Verruca Removal 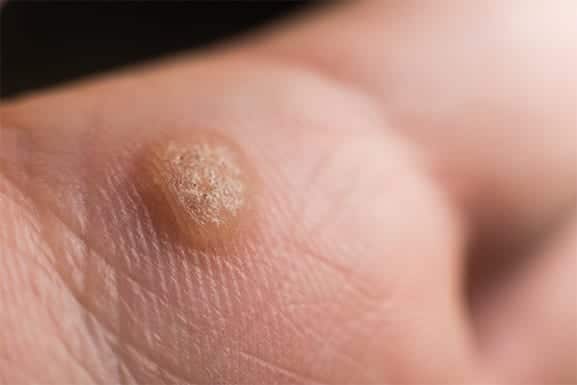 Verruca also known as a plantar wart is a very common condition. Like warts, verrucae are caused by the Human Papilloma Virus. Verrucae are notoriously stubborn skin lesions to remove and many older treatments still commonly used at other clinics lead to a high failure rate. Older treatments used by podiatrists include filing down the wart followed by the application of salicylic acid and repeated use of this treatment can lead damage to the surrounding skin leading to further spread of the verrucas.

Verruca removal is no longer routinely performed on the NHS as they are viewed as a purely cosmetic condition. Even when there is a functional issue such as significant discomfort, it can be difficult to get NHS treatment and the treatments used are generally known to be relatively ineffective.

Although older methods used by podiatrists and chiropodists of filing the verruca down followed by application of concentrated salicylic acid are recognised techniques, they have a very high rate of failure due to incomplete penetration of the salicylic acid. These treatments need a course of sessions and despite multiple verruca treatments, failure to remove the verruca completely is a common occurrence.

Verrucas are well known for having a very high failure rate for treatment and this is dependent on the thickness of the verruca and by failing to use correct methods for full clearance.

Planter mosaic warts are known for being particularly difficult to remove due to their diffuse nature affecting large areas of skin. In some cases, these types of verruca will require a general anaesthetic for optimal pain control to facilitate proper clearance of these difficult to treat skin lesions. The risk of wound complications is higher with treatment of larger lesions and may be done in stages to enable wound healing to take place with a lower risk of complications.

This is the least effective of the older methods of treatment. The application of needles is intended to push verruca tissue to deeper skin depths through the numerous small needle penetrations. The rationale for this treatment lies in a theoretical response by the body’s immune system which then acts against the verruca in response. Whilst it sounds promising, in practice it is a treatment with an exceptionally high failure rate and should be avoided.

Cryotherapy or freezing of a verruca is a painful treatment although it is known to be reasonably effective in wart removal in other areas. Again the main issue is the lack of local anaesthetic injection which results in a painful procedure as the treating practitioner will use pain tolerance levels to determine to what depth the treatment is applied.

Nd:YAG is the preferred method for smaller sizes of verruca (smaller than 1cm) on the soles of the feet. For thicker verrucas, the Nd:YAG laser is able to deeply penetrate the thick tissue to destroy the blood vessels supplying the verruca. Nd:YAG is the most deeply penetrating laser available. Local anaesthetic is first injected as the treatment would be painful without local anaesthetic. Often two treatments are required especially for the very stubborn verrucas. The verruca then becomes a darker colour before being surgical removed about one week later. As the verruca tissue is dead, there is usually no pain during the second stage removal of the verruca.

Erbium laser in ablation mode is the best choice for treatment of more complicated verrucas such as planter mosaic warts. Use of the Erbium laser allows treatment of many verrucas found on the sole of the foot. Erbium is much more precise compared with traditional CO2 laser with less thermal damage imparted to surrounding tissue. Using the long pulse mode of Erbium laser also allows for sealing of small blood vessels during treatment which allows a near bloodless treatment. The precision of Erbium laser means normal healthy surrounding tissue is maximally preserved leading to less risk of complications and a quicker recovery.

After laser verruca removal, there will be a resulting wound which requires up to three weeks to heal fully. Any invasive treatments of the foot with a breach in skin integrity result in a slower rate of healing compared with treatments conducted elsewhere on the body. This is due to constant pressure on the are while walking and the higher risk of ingress of dirt or sweat leading to a higher risk of infection. All patients are well advised to wear well padded footwear that is loose fitting with minimisation of strenuous activities. Your dermatologist will advise on optimal wound care. In all cases, it is essential to wash the foot in a chlorhexidine wash and followed by the application of a moist dressing to facilitate quicker healing. The foot wash solution and appropriate dressings are easily obtained from all good pharmacies.

Centre for Surgery
4.5
Based on 129 reviews
See all reviews

Centre for Surgery
5.0
Based on 1 reviews
See all reviews
C Hazel
20:08 02 May 22
I made an enquiry with the Centre for Surgery after reading everyone's reviews on Google - and I am elated that I chose CfS.The website was easy to navigate and provided me with sufficient information and understanding of the consultation I wanted to have. Booking the appointment and paying the small consultation deposit was incredibly simple. The availability of appointments on offer was really good too.I received quick confirmation of my booking, and also an email reminder of my appointment one day prior which was really nice.The clinic, both interior and exterior, was well kept and clean.The consultant was Dr Alok Misra. I was really nervous but his bubbly and kind character quickly put me at ease. First he clarified the purpose of my visit (which shows that Dr Misra and the team are observant) and discussed my concerns. Dr Misra was honest and open. He carefully listened to everything I had to say, repeated what we discussed to ensure there was no misunderstanding (I really appreciated this), and then gave advice and guidance which neither me nor self Google-searches, would have ever considered.At the end of the consultation, his team brought me to a private office to discuss what was said and to ask how I'd like to proceed. I think this is an example of exemplar customer service.
Miles Ajao
06:38 28 Apr 22
My experience with Centre for Surgery, has been a positive experience with each visit I have attended. The staff are very welcoming, kind and knowledgeable. I underwent my treatment with the feeling I was looked after by professionals. Also the aftercare service they provide is excellent, I felt like they genuinely cared for my progress and how I was recovering.
Mila Viro
11:13 27 Apr 22
Great service. They go extra mile for customers
Shanai Macey
14:24 14 Apr 22
If you’re looking to have surgery done i would 100% recommend Centre for surgery! My experience from start to finish was absolutely amazing and i couldn’t have asked for a better team! All of the team are so friendly and made me feel so comfortable throughout the whole thing i can’t thank them enough. Mr Tillo was my surgeon and he was absolutely brilliant i’m so over the moon with my results! I had a few questions at my consultation and they was all answered and everything was to satisfaction, the team made sure that i was completely happy before going through with anything they were absolute angels. Lidia was the lady i had contacted initially and she took her time and went though everything with me and booked me in for the consultation and she was absolutely lovely! So so kind. Thank you so much to the whole team at Centre for surgery i’m so grateful.
Maria Clarke
08:55 08 Apr 22
The whole staff that work there are very welcoming and professional and try their best to meet your needs. Special thanks to the lady that done my Chin lipo
I'm loving everything so far and look forward for my final results. I recommend this clinic to anyone! Thanks for everything.
Trustpilot

How to finance breast implants

In the vast majority of cases, breast augmentation is not available on the NHS and is not covered by private medical insurance as it is classed as an elective cosmetic surgery procedure carried out for the enhancement of appearance and not for medical reasons. In the UK, patients will have to fund the cost of […] 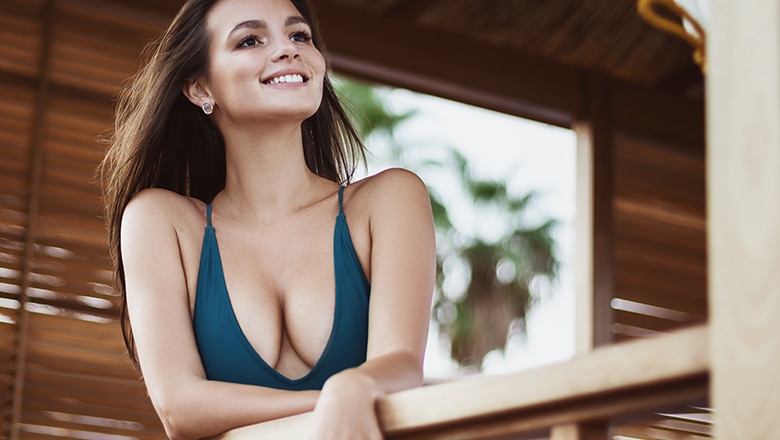 Breast Augmentation Before And After Photos

Before & After Breast Augmentation Centre for Surgery is the leading cosmetic surgery clinic in London and our surgeons carry out hundreds of breast enlargement procedures each year at our state of the art day surgery facility in Marylebone. Breast augmentation is one of our most popularly requested procedures with over 95% patient satisfaction rates […] 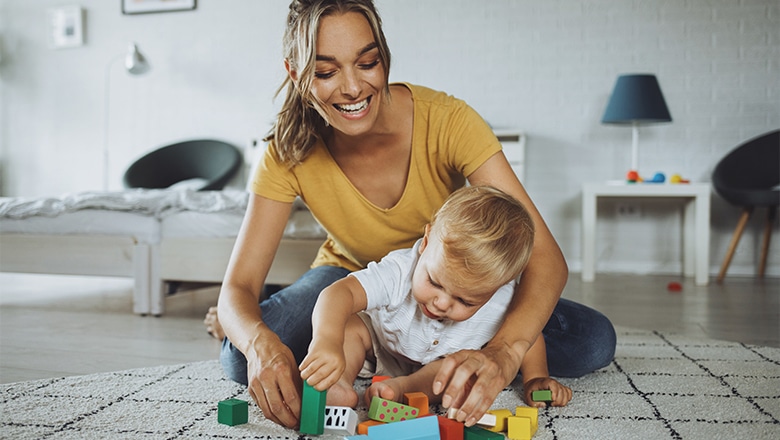 Centre for Surgery is the leading cosmetic surgery clinic in London. Our plastic surgeons, aesthetic practitioners, varicose vein specialists and hair transplant surgeons are renowned in their field for creating natural results. We are one of the very few cosmetic surgery clinics in London to offer the full range of non-surgical and surgical treatments from both of our clinics located in Marylebone. Our medical experts are super-specialised and perform procedures and treatments within a narrow scope to optimise outcomes. Our aftercare programme has recently been described as 'outstanding' by the CQC.